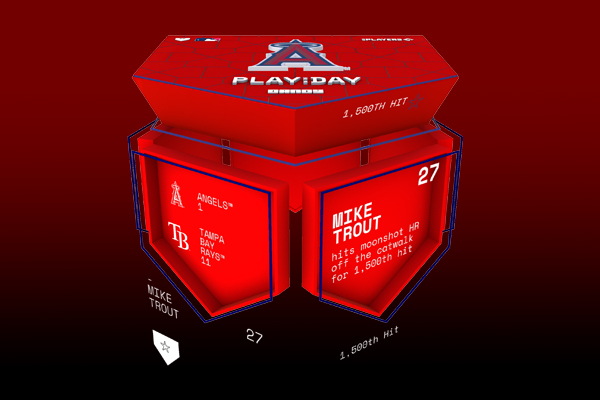 ‍August 26th MLB Fun Fact: Twenty years ago today, on August 26, 2002, MLB broke the internet. Just (just) 63 years after the first baseball game was televised, it finally made its way to the internet. MLB.com had the first ever video streaming coverage of a game. About 30,000 fans visited the site to watch the Yankees beat the Rangers 10-3.

Now there are a million streaming services, you can find any and all games on MLB.com and you can even find gifs, condensed games, player interviews etc. Who woulda thunk?

Don’t forget, the Hall of Fame ICON Series Collection challenge also calls for a Cal Ripken Jr.  ICON to complete! Hold at least one ICON of any rarity for all 30 players included in the HOF drop, plus one Cal Ripken Jr. ICON in your Candy Wallet by 9/14 to receive the special Ken Griffey Jr. chaser reward. Full terms can be found here.

Stay tuned for the next round of Titans being announced on Monday!

Looks Inside the League

Play of the Day:

There was no shortage of runs in the Cardinals-Diamondbacks game on Saturday. With a final score of 16-7, Pujols connected on hits in all four ABs with two homers built into those 16 runs. As of Saturday, Pujols had 6,137 total bases, moving him up to second place all time past Stan Musial. Also keep your eyes peeled, he’s less than 10 homers away from the 700 club.

It might not have been the outcome the Angels were hoping for on Tuesday, but Mike Trout sure as hell got what he needed. Top of the 6th, Trout steps up and absolutely sends one. A home run that nails the catwalk at Tropicana Field before landing in front of Arozarena. Trout got his 1,500th career hit after missing a month due to injuries.

Congrats on the major league debuts of the week! 🎉